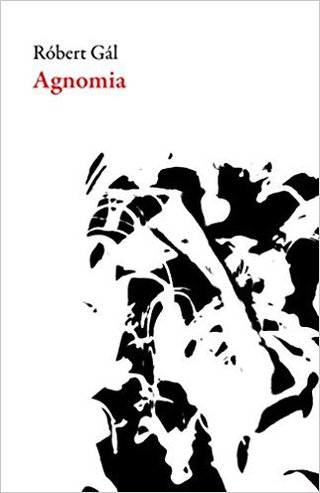 Words are fatally isolated from things, but literature largely pretends that one does not rule out the possibility of the other, that words bring forth and hand over at least approximate connotations, which create the greater whole of the story, sense, or beauty. The ability of the world to make itself understood is a fundamental illusion, towards which a person must wander, if they are to be able to look upon the face of destiny. By discharging the energy of living matter, which is crowded in on all sides by the inanimate world and resolutely confronts nothingness, the primary function of language is to build a shack and a palace from words, to civilize mores, and to sow ideas, based on which that energy can be fundamentally channelled and organized. The portrayal or reflection of our perceivable and perceptible world brings alleviation with its relative recognizability, but at the same time it strengthens in us a premonition of the reverse, unknowable sides. Language, of all, has the ability to mediate between that which is redeemable, and that which is irredeemable. It is able to describe itself, get rid of subservience, gnaw at one’s own tail, and expose the inconsistency of one’s own (un)certainty and the (un)certainty of human consciousness. From the very beginning it vehemently builds a fiction of purpose, but in the end it honorably admits defeat and loss to incommunicability and unrecognizability, just as life on earth wanes into demise and death.

Róbert Gál, even in his earliest texts, understood that aphoristic expression stripped to the bare bones creates the semantic field, into which enters both the strong message and the quiet which anticipates and follows the field. Sometimes it is even possible to capture momentarily the silence of things, which merely watch our world. Now he has worked his way through to a more complex investigation of transience, which is fundamental to our relationship to reality. The aphoristic element persists, only it is formally molded to a thickened prose, which I would not call experimental, but marginal. Marginality suggests an abode on the border: on the border of interest, on the border of language, on the border of life, on the periphery of sense. It is peripheral vision, though, which makes it possible for us to catch things even in neglected or difficult to perceive surroundings. An analogous manner of writing in modern writers of marginal literature (among whom we can name Weiner, Beckett, and Linhartová) develops as though a reflection of a continuous utopianization of the world, in which every topos loses its referential currency, and the periphery pushes into the center of politics, economics, and thought.

But marginal literature does want to be and remain literature, even though in its radicalism it sometimes appears to stand on the border of articulate speech and goes beyond the outcry or resignation to reason. In this respect, Agnomia is a brilliant title and at the same time an exclamation point for the whole work. It is written in a circle, in a wandering circle of language, whose self-devouring pathos spares us nothing, but makes possible a walk on the edge, so that the reader can regard the valley running below, bathed both in light and the darkness of night. The thought within this circle is not inconclusive, there is a richness within the circle. The starting point and the point of return intersect, perhaps on a single level higher, perhaps on two. Hegelian dialectic couples with myth on eternal return. Agnomia means "negation," and the overlap of gnomic (aphoristic) expression and the simultaneous (as one of the causes of dyslexia) difficulty with the nomenclature of the world. We exit from agnomia and into her we return, illuminated by the journey, by the experience of words. Gál’s text is balanced in a unique manner, there is no frustration or depression, but rather we meet euphoria, particularly from the perception of music. Zorn’s free-trash-jazz is a confessed inspiration of Gál’s and it is felt simultaneously in the ascetic softness of the text and in its friction and gradation. No despair, but no hope. Only in writing.

Full of words, to be sure. Words alone. What did you expect? Here we seek a home, here we build the house of language. Here we seek faith, and build a temple. The high mixes with the low, banality with philosophy, a generational account with self-centeredness, the micro-story with neologisms. The themes blend together, but they don’t concern the joyous game of imagination or automatic writing. Reality is omnipresent and bleeds into an amalgamate of the seen, the heard, and the anticipated. As with all authors of marginal literature, Róbert Gál, too, writes one book perpetually. The reader must proceed through his text without restraint and at the same time circumspectly—the meanings of the sentences and words appear and then immediately disappear once again, it is necessary to pay attention, to find relations, to ponder. It isn’t an easy read, but its interior rhythm and surprising melodiousness predestine the text to a verbal presentation. The text expands on the podium; a philosopher and poet becomes a performer. The rift between words and things, between art and life, is possible to bridge only via the personal engagement on the borders of incommunicability.